Back in the day before drywall, also known as plasterboard in the UK or the brand ‘sheetrock’ in the US, interior walls of most houses were lath and plaster. Lath is simply wood strips nailed across wall studs and separated by about a finger space. When plastered over, the plaster oozes through the space and keys into the lath, hooking over the back.

It’s a building method descended from wattle and daub, found in many ancient buildings in the British Isles and European continent, which used sticks and thick cob plaster. My old 1890s flat in Shepherd’s Bush, London, had lath and plaster walls which were exposed when the landlord gutted the place. There’s a good chance the lath was old growth Douglas Fir from the British Columbia coast, which became a major lumber supplier to the UK during the Victoria building boom.

In the post-War period, people stopped building with lath and plaster, favouring the uniformity and speed of standardized sheet goods such as drywall on the inside and plywood on the outside. Time=labour=money while construction waste is externalized to the biosphere so nobody builds commercially with lath and plaster anymore.

Fortunately, we’re building a home with a two-century time horizon not a cookie-cutter commodity to flip or a fly-by-night house built to be chucked in a landfill site like a disposable coffee cup. So, after the big insulation blow we spent a month or three ripping lath, toasting at least one Bosch [all brand no quality action] table saw, and then air stapling it over the entire house inside and out. We even incorporated some old growth Doug Fir lath salvaged from the old 1927 Gabriola Island north end school house, (later the Women’s Institute) when it was renovated into the Gabriola Arts and Heritage Centre in 2016-17.

Once caged in lath, we then began what turned into month long job of applying the ¾” / 20mm exterior base coat of plaster. This is a lime-stabilized earthen plaster consisting of clay dug out of a hole near the garden, coarse sand, a small amount of lime putty and chopped straw. Cheers to Chris Magwood, Jen Feigin, Jacob Deva Racusin, James Henderson and Mike Henry for advice on the mix.

In all we laid on 207 cubic feet / 5.9 cubic metres, or about 11,000 kg, of plaster, one handful at a time. Over this will go a thin earth-lime layer and then a final lime-sand layer. On the inside the base layer is a pure clay-sand-straw mix. The main floor walls sucked up about 282 cubic feet / 8 cubic metres, or about 15,000 kg of plaster. I’m guessing that by the time we’re done there will be about 40-45 tonnes of plaster on the house, inside and out. The final interior surface is a thin finish coat of tinted clay-sand-horse manure plaster. All this heavy lifting was done with the help of many other hands including Kevan and John, who put in many hours, my parents and Karen’s mum and others.

So why lath and plaster you may rightly ask? There are many reasons. We wanted to avoid high carbon sheet goods, especially drywall, which is made from mined gypsum, and the toxic chemicals that go into OSB, plywood, drywall and commercially manufactured drywall mud. Plaster has also allowed us to avoided using an excessive amount of plastic-based vapour barriers and tapes. In terms of performance and good building science, with plaster on both the interior and exterior we’ve created a building envelope that is air-tight and yet vapour open, thus enabling the walls to dry to the inside or outside should moisture find its way into the walls, which is all but inevitable in any house. This ability to dry is one element that separates durable buildings with centuries-long life spans from disposable modern structures often infested with black mould and rot.

We also like the idea of building using as many low-carbon, site-sourced and local materials as possible, which could return to the earth. Lastly, while hard work, plastering is both fun and highly satisfying. The result is a beautiful hand-sculpted wall filled with the texture and joy of the humans who made it.

It’s hard to say that about drywall.

Starting to lathe the outside 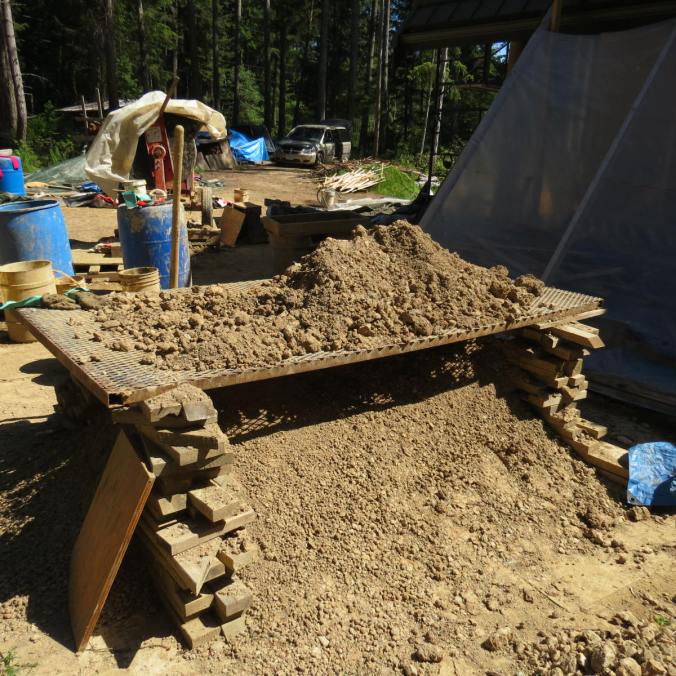 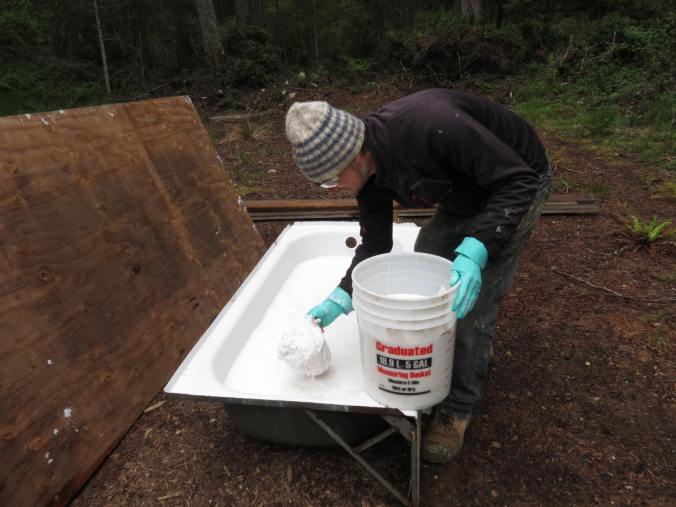 Plaster keying through the backside of lath

Paintings about to be forever encased in plaster, oh and a pepper 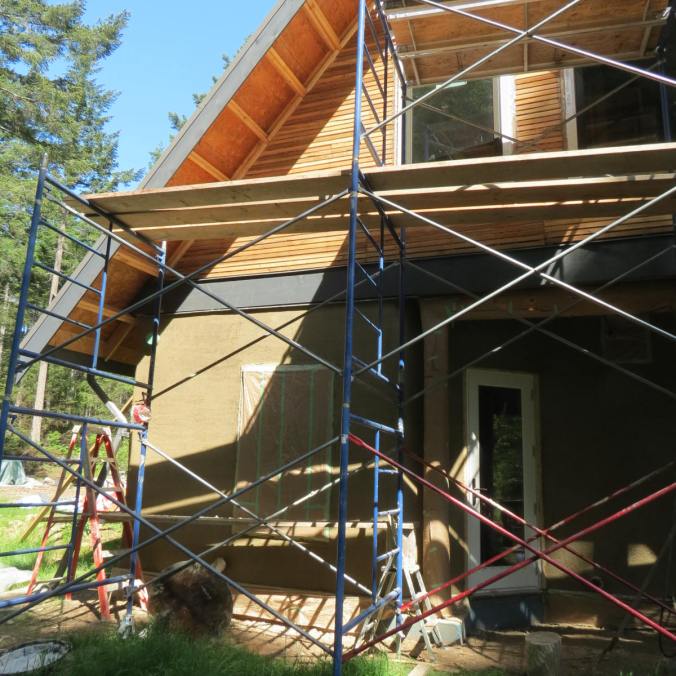 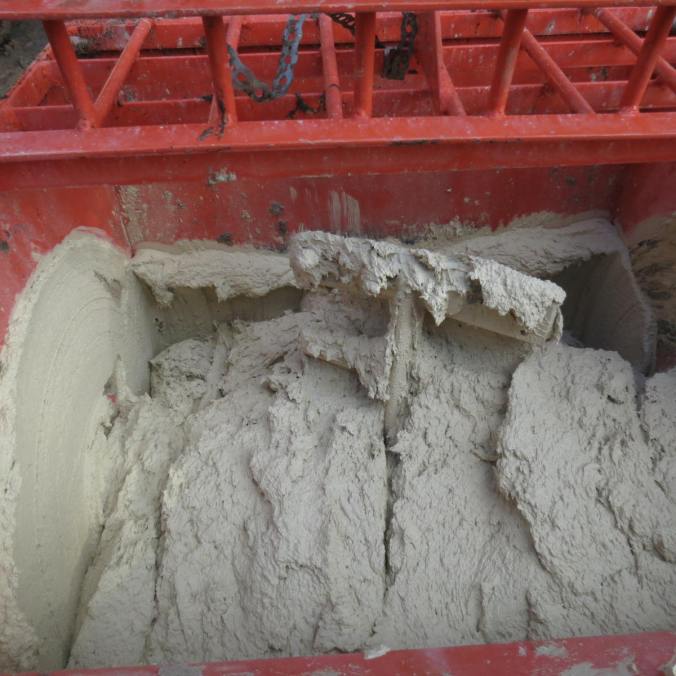 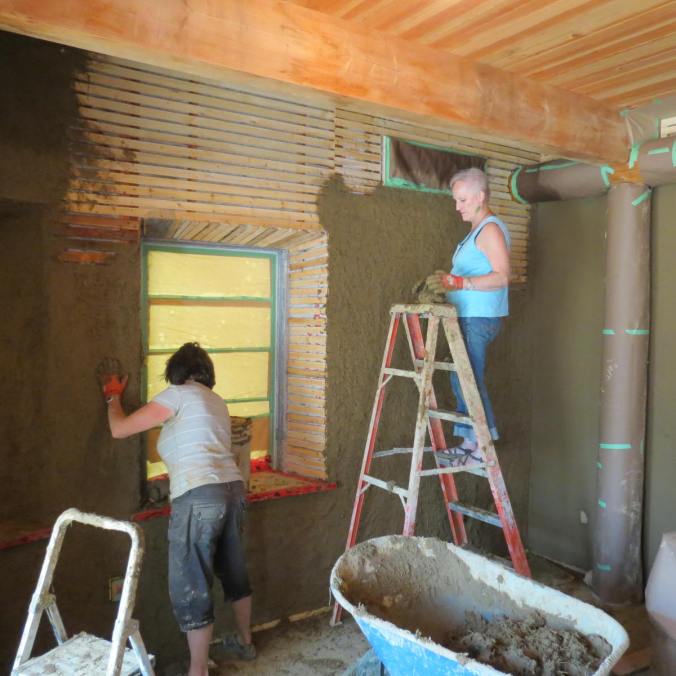 Karen and mum going the lounge base coat

It’s so wee and Japanese 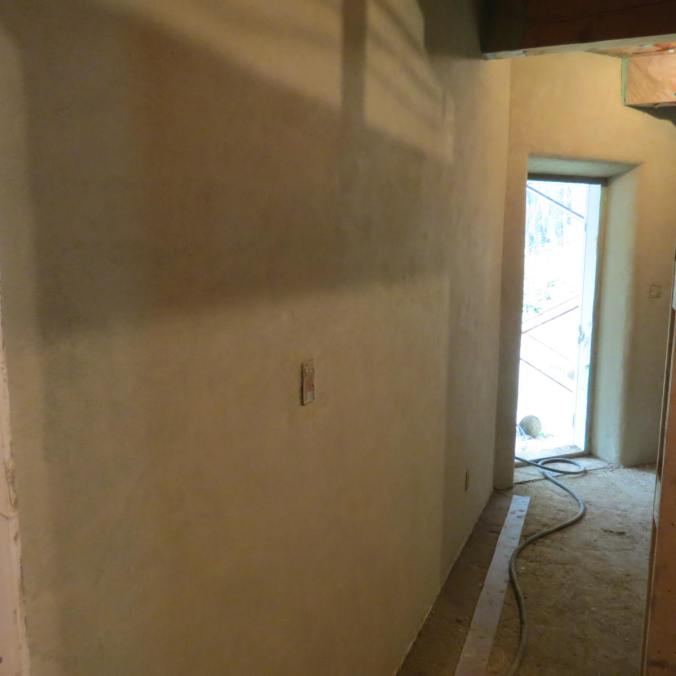 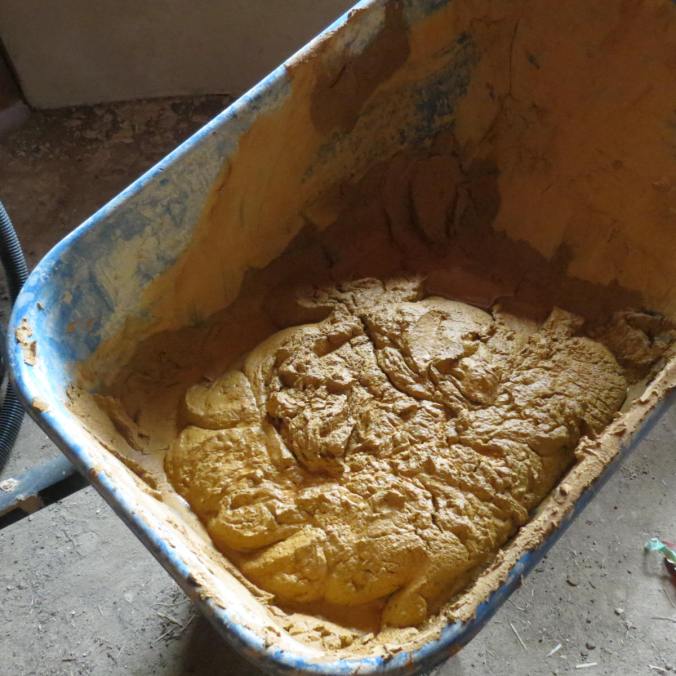 If you’ve had a newborn you know what this is. Or it’s plaster. 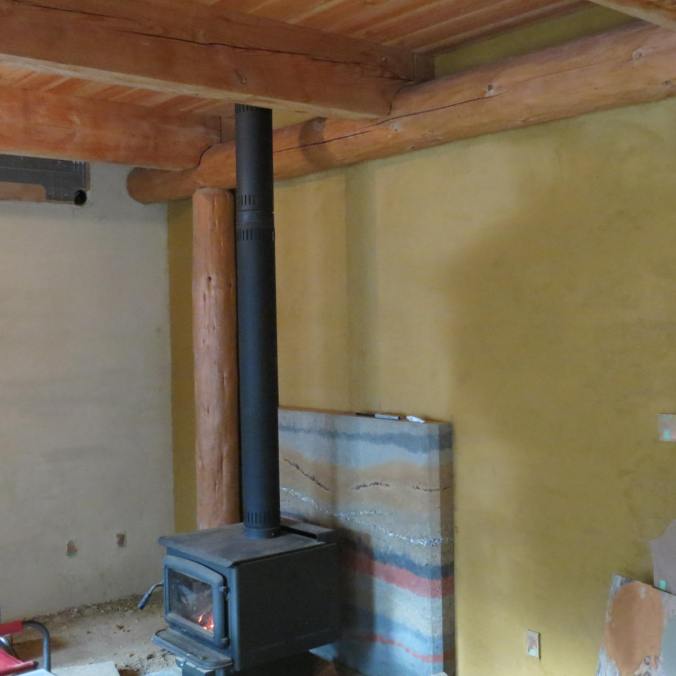 When not to do plaster ingredient volume calculations