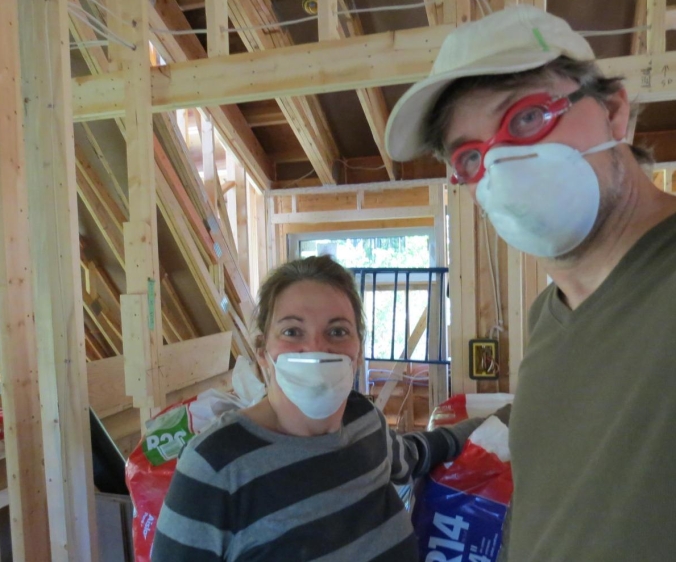 Did you say it was 29C today? Lovely, I’ll slip into my swimmers.

By late August 2016, with the daytime highs pushing 30C, the crappest job on the build – insulating the roof – reared its foul head.

Roof insulation is the toque of a house and with the roof generally being the biggest potential source of home heat loss – like a bald man in a Winnipeg winter – it pays to go for a big Canuck toque not a wimpy Antipodean beanie.

In all we stuffed about 400 batts of Roxul mineral wool insulation into the roof bays and took great pains to fill the gaps between each timber in the trusses. Clad in long sleeves, hats and facemasks it was a like rolling around in stinging nettles for five days and without a doubt it was the hottest, itchiest and generally most rubbish part of the build to date.

After insulating, drawing deep from the well of Karen’s Girl Guide folding skills, we installed a high spec Majpell vapour barrier from Siga in Switzerland, taping and sealing every joint, penetration and individual staple hole, leaving an airtight and vapour proof barrier.

It was a crap job but we somebodies had to do it. And the worst bit was I left my best tape measure somewhere in the insulation. 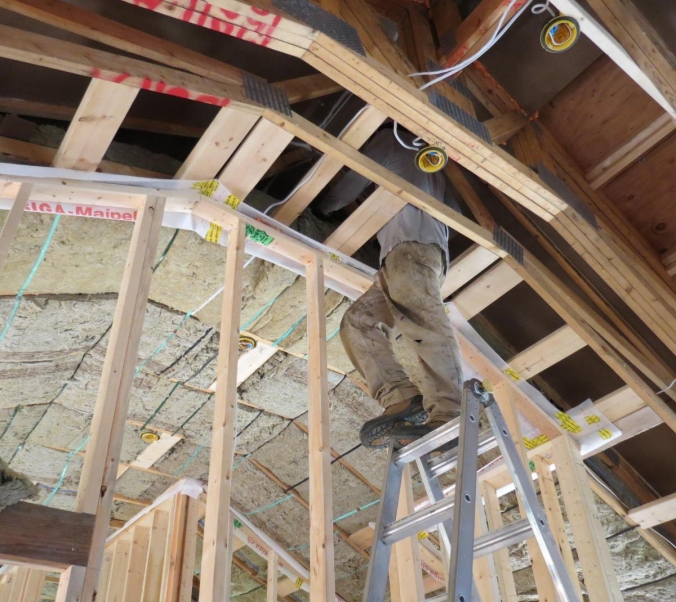 Five days with my head up there 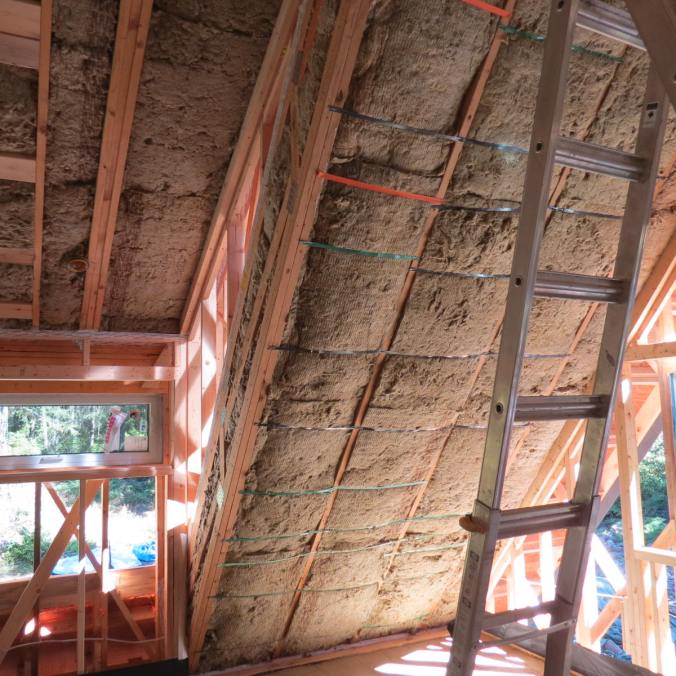 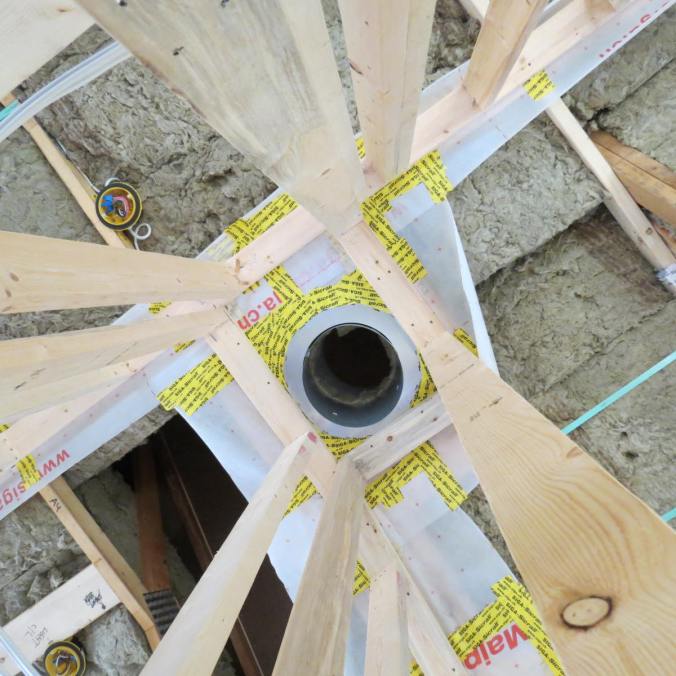 Heat shield for the chimney flue 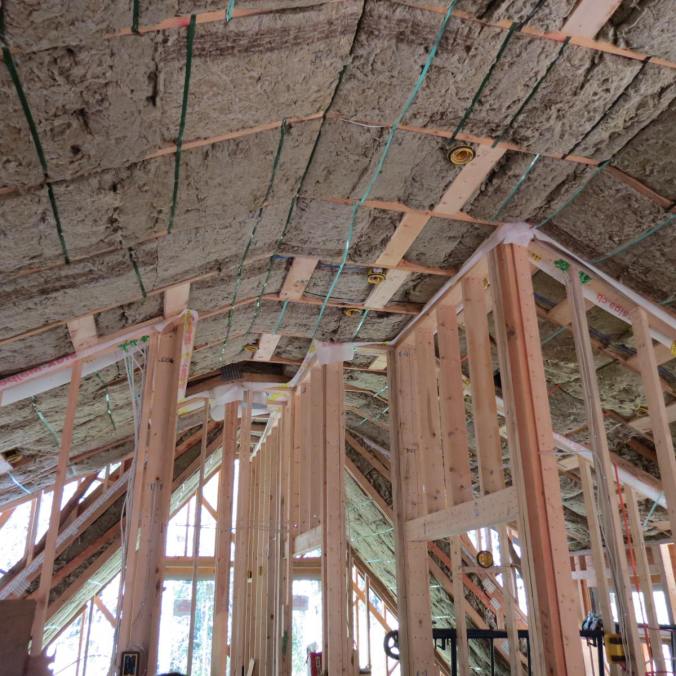 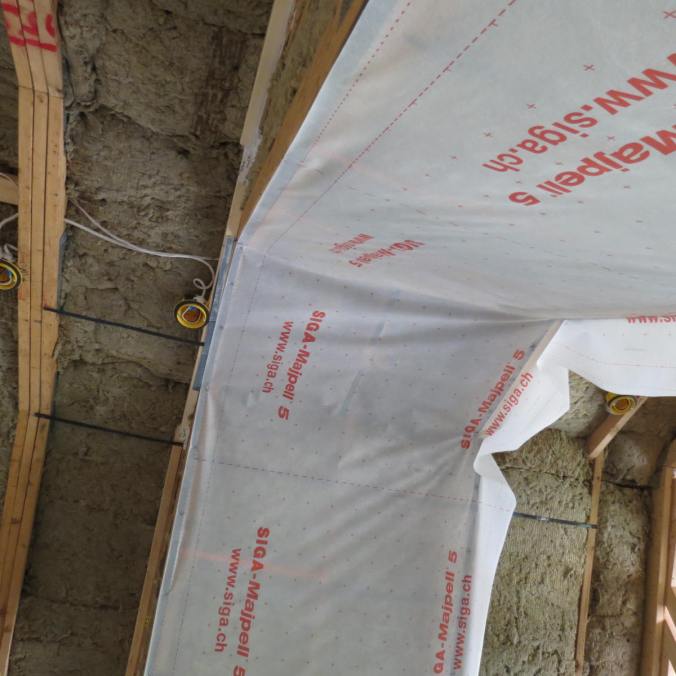 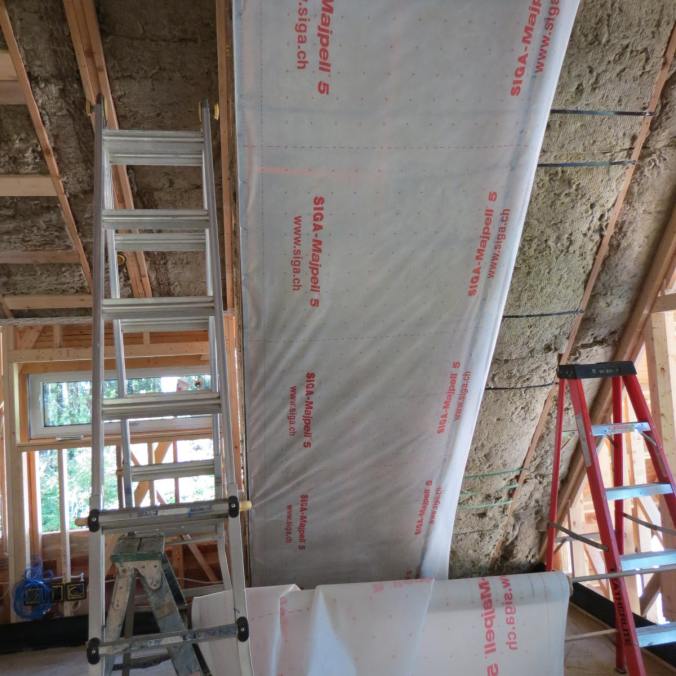 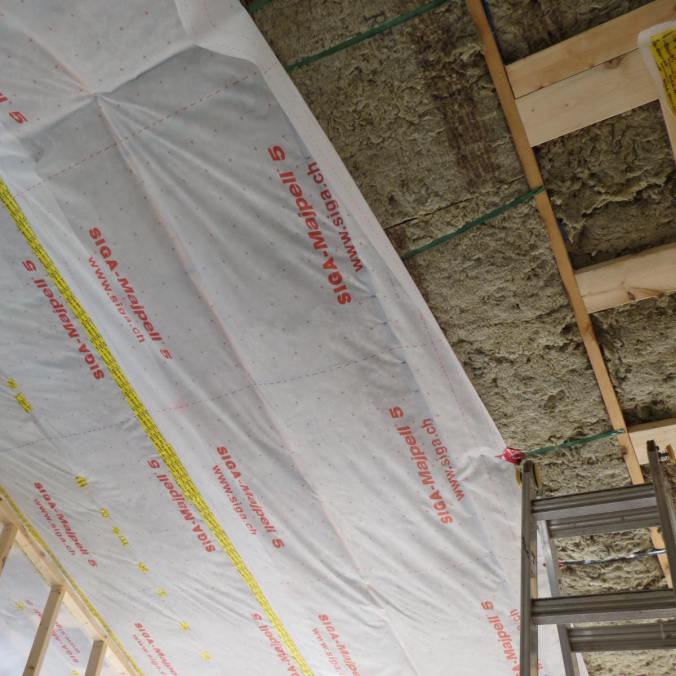